This tall, glass vase was designed by Gunnar Ander for the Swedish manufacturer Lindshammars Glasbruk during the 1950s.

This tall, glass vase was designed by Gunnar Ander for the Swedish manufacturer Lindshammars Glasbruk during the 1950s. The vase is made of high-quality thick cobalt glass.

Gunnar Ander (1908-1976) was a Swedish designer and architect. His design achievements cover a wide area. He was employed by Erik Hovhammar at the Lindshammars Glasbruk glassworks. He collaborated with Ystad Metall, where he designed wrought iron and other art objects. He continued working at Lindshammars and Ystad Metall (later Scandia Present AB) until his death in 1976.

Lindshammars Glass was founded in 1905 in Lindshammar, Sweden by Robert Rentsch, a German glass specialist. In 1949, glassworks manager Erik Hovhammar hired Ander to build a new design profile and lead the company out of the crowd of anonymous glassworks that existed in post-war Sweden. Gunnar Ander has composed a completely new range of different types of glasses, vases and bowls. He also made sure that the products were coloured so that they could be separated from the competition glass. Lindshammar and Ander created a technique that helped develop 56 new colors of glass. Due to new colors Lindshammars glassworks began to be called the glassworks with colour.

This vase is in original vintage condition. It has minor scratches due to age. 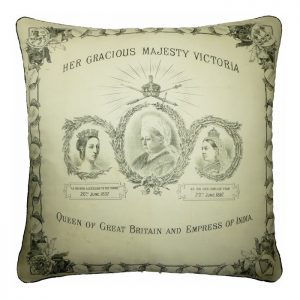 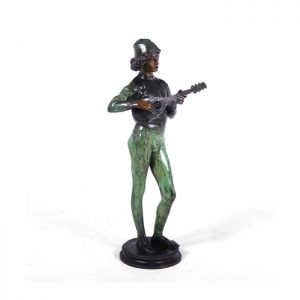 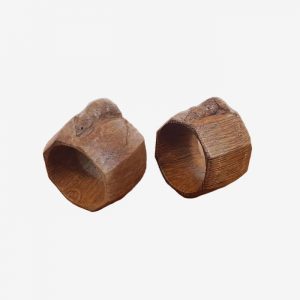 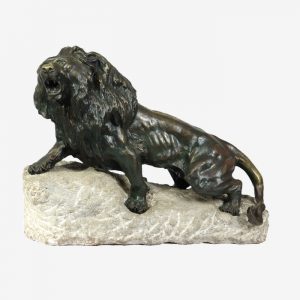 Large Bronze Lion on a Rock by Cartier c1920 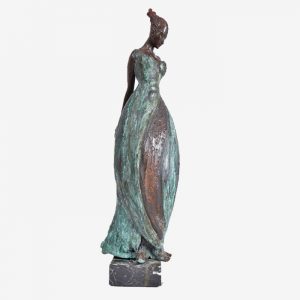