Leather armchair designed by the world-famous designer duo Charles & Ray Eames for the American manufacturer Herman Miller during the 1960s.

This leather armchair was designed by the world-famous designer duo Charles & Ray Eames for the American manufacture Herman Miller during the 1960s. This armchair is catalogued under the number EA 216. The chrome-plated steel frame is mounted on a swivel base. The soft cushion of the seat and backrest is upholstered with natural leather in the colour of dark chocolate. The contoured profile perfectly adapts to the figure, which means that the comfort of use is at the highest level. This model is considered a design icon.

Ray and Charles Eames are a pair of American designers whose name is known to anyone interested in modern design. Charles Eames was born in 1907 in St. Louis, Missouri. He studied architecture at the University of Washington and at the invitation of the Finnish architect Eliel Saarinen, he continued his studies at the Cranbrook Academy of Arts in Michigan in 1940. Ray Eames was an artist and photographer born in 1912 in Sacramento, California. She made a significant career as a furniture designer since 1941 when she and Charles began molding plywood furniture. In 1946, the Eameses exhibited their work at MoMA, and in 1948, Herman Miller began producing their designs. In 1949, the famous Eames House was established in California – Eames House was also the place of exhibitions of many famous designers of that time. Charles and Ray Eames have been awarded many prestigious design awards throughout their careers, such as the UK’s Royal Gold Medal and the Art Awards from the American Institute of Architects. In 1985 the Association of Industrial Designers of America awarded the Eames the title of Most Influential Designer of 20th century. Charles Eames continued his career until his death in 1978, and Ray died ten years after.

Herman Miller, Inc. is an American company that produces office furniture, equipment and home furnishings. Established in 1905 as the Star Furniture Co. Known since 1960 as Herman Miller, Inc. The products include Equa Chair, Aeron Chair, Noguchi Table, Marshmallow Sofa and Eames Lounge Chair. Herman Miller is credited with inventing the office cubicle, originally known as the Action Office in 1968, under the direction of then-research director Robert Propst.

This armchair is in original vintage condition. It has scratches on the leather, mainly where the frame meets the upholstery, and traces of age, scrapes. Numbered 938-138 on the underside of the seat. The seat is at a height of 48 cm. A signed and fully original piece. 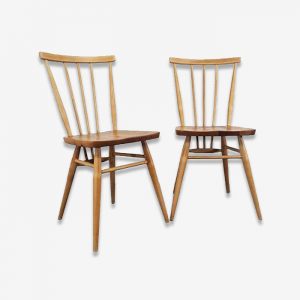 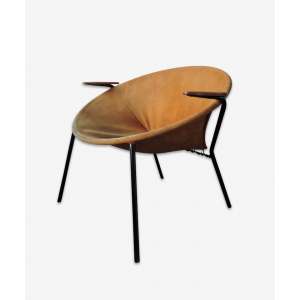 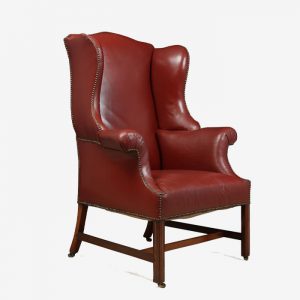 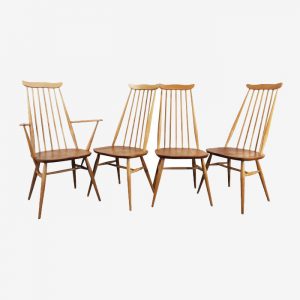 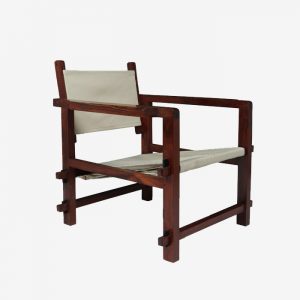