Space Age Office chairs designed by Wilhelm Ritz for the German manufacturer Wilkhahn during the 1970s.

These office chairs were designed by Wilhelm Ritz for the German manufacturer Wilkhahn during the 1970s. Catalogued as the 232 model. This set formed the basis of the company’s success in the office chair segment. This non-classic design with a two-piece seat frame and distinctive swivel joint is a design icon that is still in great demand. The set is made of fiberglass and upholstered with olive green fabric. The base is a metal, five-armed leg. The form of the chairs refers to the cosmic design of the Space Age.

In 1907, Friedrich Hahne and Christian Wilkening established a chair factory in Eimbeckhausen near Hanover. The name of both founders was later used to create the company name Wilk-hahn. In the 1950s, Wilkhahn pioneered German industrial design, experimented with new materials and developed his own, distinct design language. This resulted in purist pieces of furniture, the form of which was developed in strict accordance with the function. Some of them have gone down in the history of design. Worldwide, Wilkhahn is synonymous with design made in Germany. About 60 years ago, the company set itself the goal of value in use, design durability and quality. Milestones such as the classic FS-Line chair (1980), the Confair folding conference table (1994), the Modus office chair (1994) and the Aline chair (2004) have shaped the way offices have evolved. Wilkhahn also sets new standards in terms of its ecological approach. As a winner of the German environmental award, the company has worked with architects Frei Otto and Thomas Herzog and has been actively practising environmental responsibility for over 20 years.

These chairs are in original vintage condition. The set has traces of age, scratches and scrapes. The seat is 42 cm high. 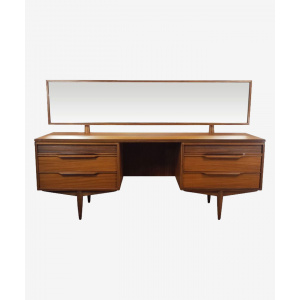 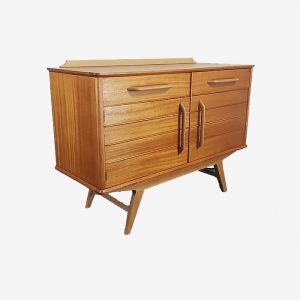 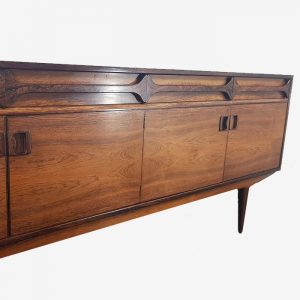 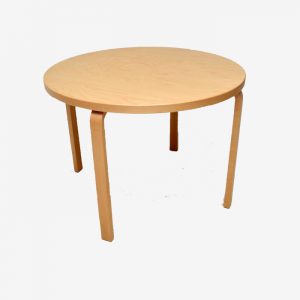