This S33 chair by Mart Stam is a design icon from 1926. It was produced by the German Thonet manufactory.

This S33 chair by Mart Stam is a design icon from 1926. It was produced by the German Thonet manufactory. Our piece comes from the 1960s. It is the first cantilever chair in history. Mart Stam experimented with gas pipes which he connected by flanges and developed the form of chairs that no longer rest on four legs. In this way, he created a construction principle that has become an important element in the history of modern furniture design. This chair is made of tubular steel, over which black natural leather has been stretched. This chair combines the spirit of the Bauhaus school and the awareness of tradition. Why four legs, when two are enough – wrote the artist Kurt Schwitters in 1927, when he saw the first cantilever chairs in history. This piece has a label under the seat but now is just a trace after this label.

Mart Stam was a Dutch architect, town planner and furniture designer. His career coincides with important moments in the history of European architecture of the 20th century. He is credited with part of the design of the Van Nelle Factory in Rotterdam, built between 1926 and 1930. This coffee and tea factory is still a powerful example of early modern industrial architecture. New research indicates that Stam was inspired by the cantilever tubular steel seat fitted to the 1926 Tatra T12 two-door saloon. Ludwig Mies van der Rohe found out about Stam’s work on the chair during the planning of the Weissenhof Siedlung and mentioned it to Marcel Breuer. This led to a variation on the cantilever steel chair and ushered in an entire genre of design. In the late 1920s, Breuer and Stam were involved in a patent process in German courts, both claiming to be the inventors of the basic principle of cantilever chair design. Stam won the lawsuit. In the US, Breuer assigned the rights to his designs to Knoll and for this reason, you can find an identical chair attributed to Stam in Europe and Breuer in the USA.

Mart Stam designed a house for the Weissenhof estate from 1927, a permanent housing project developed and presented at the Die Wohnung exhibition, organized by Deutscher Werkbund in Stuttgart. This placed him in the company of crème de la crème of the architectural circles, i.e. Le Corbusier, Peter Behrens, Bruno Taut, Hans Poelzig and Walter Gropius.

Thonet is the oldest existing furniture company in the world. It began its long business in 1819 when the carpenter Michael Thonet founded a furniture workshop in Boppard, Germany. A supporter of the Biedermeier style, he specialized in chairs, tables and cabinets characterized by clean lines, reduced ornamentation and an emphasis on the principles of functionalism. In the 1930s, Thonet’s experiments with glued and steam-bent wood furniture, such as his famous Boppard chair (1836), brought international acclaim. Thonet’s projects achieved lightness, durability and comfort unprecedented in European furniture at that time. The iconic works of the Thonet collection include: rocking chair No. 1 (1860), cafe chair No. 14 (c. 1859), chair of the Adolf Loos cafe museum (1899), chair No. 209 (c. 1900), Otto Wagner’s chair No. 247 (1904) and Josef Hoffmann’s No. 811 (1925). In the early 1920s, Gebrüder Thonet also began producing bent tubular steel designs by Bauhaus masters such as Marcel Breuer, Ludwig Mies van der Rohe, and Mart Stam.

This chair is in original vintage condition. It has minor scratches on the leather and a natural patina. The seat is 43 cm high. 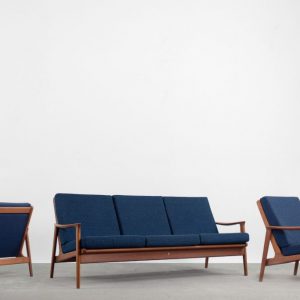 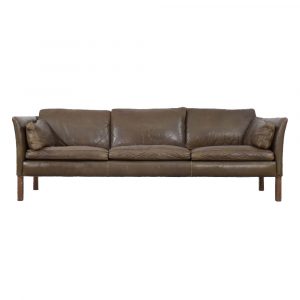 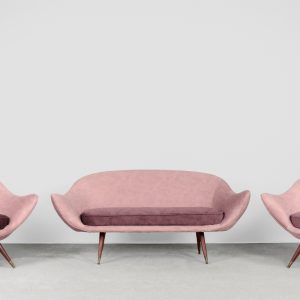 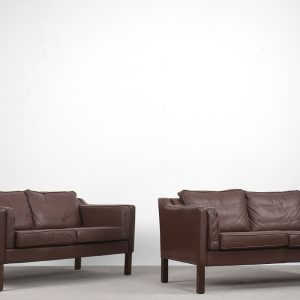 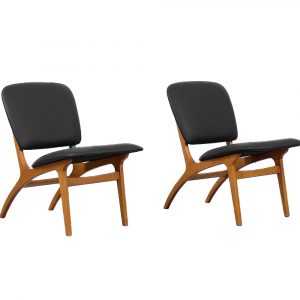